COWI has developed a new climate calculator for Elretur, which shows that reuse of discarded electronics can lead to significant savings in CO2 emissions, mainly because it saves valuable and energy-intensive resources. The potential savings from reusing electronics is equivalent to the annual CO2 emissions of about 20,000 Danes. 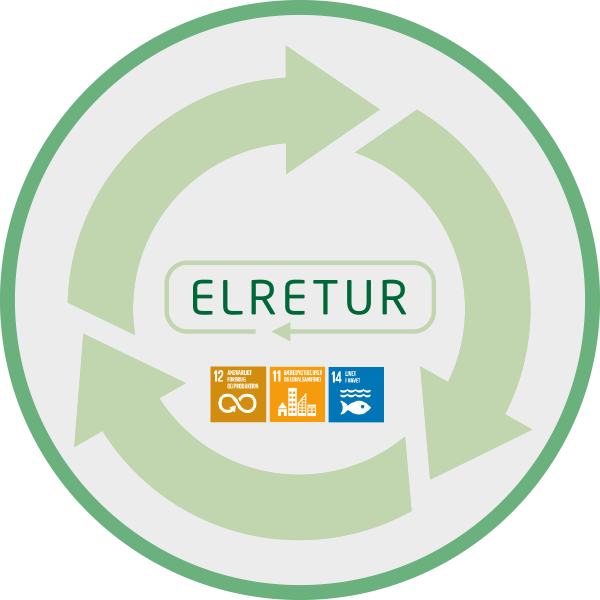 Elretur has commissioned a report containing a ‘climate calculator’ of the climate footprints of different processes. The report was prepared by COWI and specifically examines seven different categories of waste electrical and electronic equipment. For example, take a desktop PC without a screen in the category ‘small IT and telecom equipment’: reusing this creates a CO2e saving of almost 7,000 kg per tonne, compared to recycling it, which creates a 1,000 kg CO2e saving.

Small IT and telecoms equipment has great potential for CO2e savings because it typically contains valuable and resource-intensive materials such as gold, silver, copper and aluminium. A mobile phone might be in that category, as an example.

The calculation of the climate impact emphasises how crucial it is that we continuously move waste treatment up along the waste hierarchy. It’s the materials – the resources – in our electronic products that matter more than anything else. Transport, for example, doesn’t matter nearly as much. This is because CO2 emissions from newly produced electronics are so high that it makes sense to use electronics for longer than many other waste products.

Overall, Elretur’s current processing of collected products saves a total of 174,808 tonnes of CO2e compared to landfill. This corresponds to 19,641 Danes’ annual emissions.

With the report from COWI, Elretur wanted to make visible the climate effects of the processing of waste from electrical and electronic equipment (WEEE) for which Elretur is responsible, as well as the potential effects of moving waste treatment up the waste hierarchy – e.g. from recycling to reuse.

Specifically, the report has provided Elretur with strong figures for CO2 savings per kg of reuse and recycling, broken down by relevant WEEE categories. These savings must be comparable to incineration and landfill of WEEE.

The report provides a common denominator that Elretur can use in addition to the amount of tonnes and kilograms collected. This can quickly create a distorted picture as products are made of different materials, some are more complex than others, and they have different environmental impacts. Here, CO2 provides a common frame of reference across product groups.

In the bigger picture, it also makes sense to be able to compare CO2 savings across categories instead of just talking about volumes collected. Suddenly it makes more sense to compare the reuse of, for example, clothes and electronics, where the quantities may be very different, but both can be measured in terms of CO2 savings. If, instead of saying that we have collected x number of tonnes, you can say that we have saved the climate from three households’ worth of emissions, so that it is easier to relate to.

White goods, including fridges/freezers: the potential is estimated in the report “Survey of reusable white goods collected as WEEE at municipal recycling sites”, Econet for Elretur, August 2021, at between 7 and 10 percent of the collected products. In round figures, this equates to 60,000 appliances based on volumes collected in 2020.

Small electronics and screens can also be reused to a greater extent than they are today. Elretur estimates that 2–4 percent of these products will be able to be reused when the new facilities are running. This lower potential is mainly due to the fact that many of the valuable recyclable components in the smaller electronic products, such as printed circuit boards and chips, do not weigh very much – but they are valuable as resources to replace newly mined metals. There is therefore a not inconsiderable potential for component reuse, i.e. the reuse of electric motors, hard disks, printed circuit boards etc.

The requirement for producers of electronics and/or batteries to collect their products after use is set out in the EU Directive on Waste of Electrical and Electronic Equipment. The industry must collect 65 percent of products sold.

Specifically, the collection rate must be 65 percent of the average weight of electronic and electrical equipment put on the market in the preceding three years in the Member State concerned or, alternatively, 85 percent of the weight of WEEE generated in the territory of that Member State. The directive can be found here: Directive 2012/19/EU of the European Parliament and of the Council of 4 July 2012 on waste electrical and electronic equipment (WEEE) EEA Text.

‘DPA‘ is an abbreviation of the Danish Producer Responsibility.

The DPA  carries out the administrative tasks associated with the environmental legislation on producer responsibility for electrical and electronic equipment, batteries and cars.

Producer responsibility means that producers and importers of electrical equipment, batteries and cars have to organise and finance the take-back and management of products when they become obsolete, and report information to a central producer register at the DPA.

The producer responsibility rules are based on environmental considerations and aim to reduce the amount of waste from discarded electrical and electronic equipment and batteries.

The aim is, on the one hand, to encourage producers to produce more environmentally friendly products and, on the other, to increase reuse, recycling and other forms of resource recovery.

Data and statistics can be found at https://producentansvar.dk/en/statistics/.

Get reusable knowledge in your inbox